It rained last night. It is October in Scotland. It is going to rain. Rain on Bertie’s roof is noisy. Bertie’s roof is only just above our heads in bed and thus the noise is easy to hear. We cheer ourselves up by remarking that lots of rain fills the burns and rivers and makes for very impressive scenery and especially the waterfalls. We also decide that on balance we prefer wet noisy nights and dry sunny days! we

We wake early the next morning and are rolling down the little lane south of Loch Tummel just after 9am. The sun is shining and colours are stunning. The road is narrow but empty with very few vehicles indeed. The 10 miles to Foss took ages because we had to stop and gaze at each rushing foaming burn that we crosses and there were so many. Some were big and some were tiny but each was full and foamy and coffee coloured from the peat. All were beautiful and deserved our wonder and appreciation.

At Foss we joined the “main” road over the hill to Abernathy. This gloried in two lanes, one each way that were about car width. Meeting oncoming heavy traffic called for mutual care and respect. At the top of the pass between the Tummel valley and the Tay valley we stopped for a coffee break and a breather at the car park for the Tomphubil Lime Kiln. This had some stunning views over a little loch and  the hills to the North.

At Abernethy we crossed the River Tay on General Wade’s impressive bridge and climbed up out of the Tay Valley crossing the hills to the valley of the River Almond. The going is quite slow but the scenery is stunning, at least it is when the sun shines and rain stops. We stop for a quick leg stretch by the River Almond and admire another of General Wade’s bridges. He was a busy chap or at least the guys who worked for him were. The network of military roads built by General Wade in the late 17th and early 18th centuries form the basis of much of today’s road network through  northern Scotland.

After Crieff we crossed the broad valley and started up a narrow road across the Ochils. This dramatic range of hills rise sharply out of the flat lands between the Highlands and the Forth. Our destination is Dollar which is on the south side of the Ochils at the foot of Dollar Glen(National Trust for Scotland) below Castle Campbel (Historic Scotland). We followed the sat nav up the tiniest little road and squeezed Bertie around some very tight turns to get to the lower NTS car park which was completely empty. This was our planned stopover point for tonight. But first we wanted to visit Dollar Glen which i had read about and then to visit Castle Campbell right at the top of the Glen.

The Glen was everything we had hoped and so much more too. There were waterfalls, rushing streams, amazing narrow gorges with vertical rock walls and throughout the autumn colours were blazing. 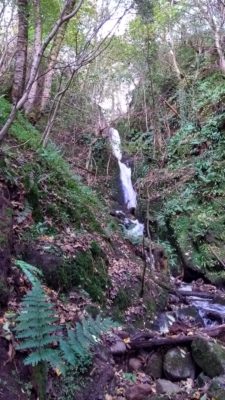 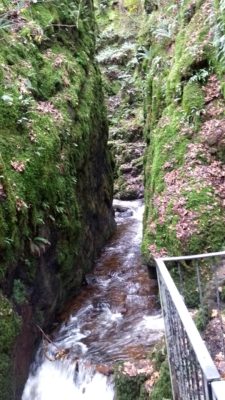 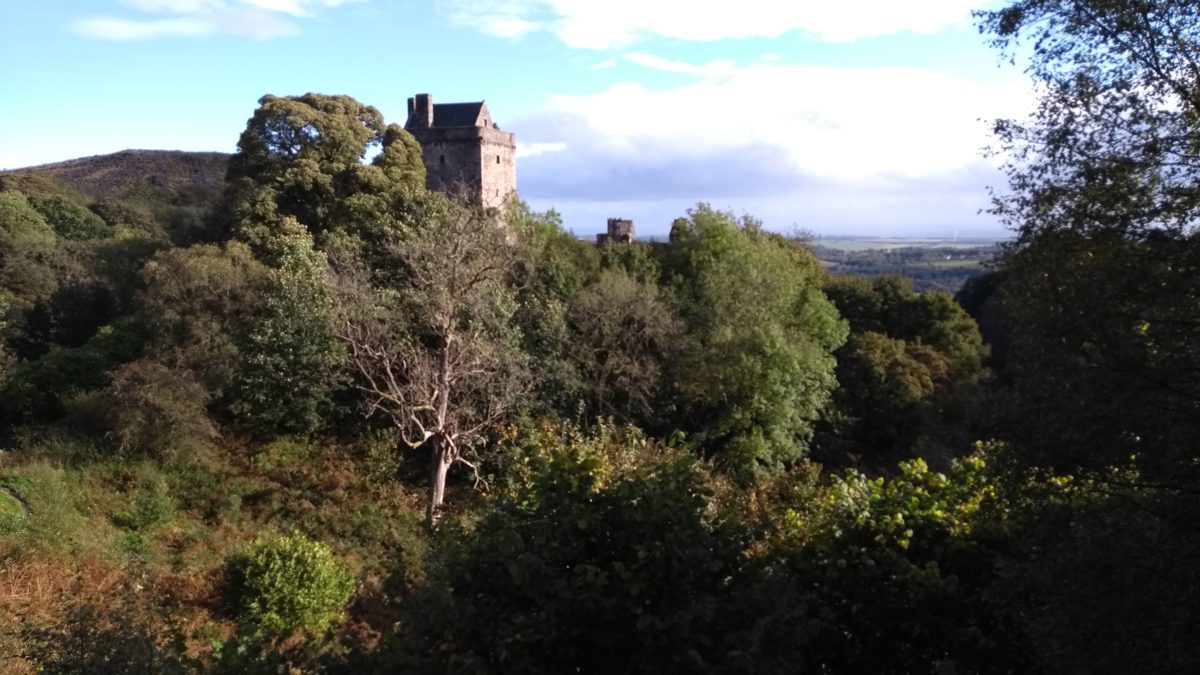 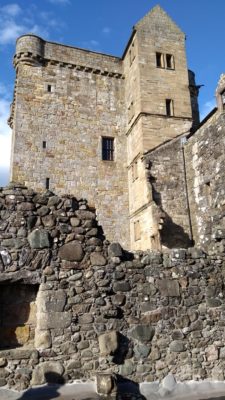 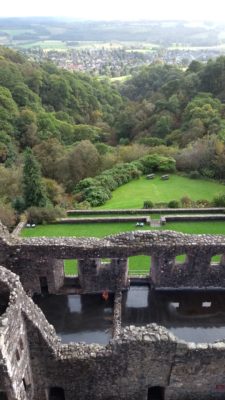 Over the Ochils to Castle Campbell
Tagged on: Historic Scotland    National Trust    WildCamping