Bertie is off on his wanderings again. He has been parked up for too long. The plan is to spend all of October on the road including 11 days on the Isle of Man and then returning via Cumbria and South West Scotland. We cross on the ferry from Heysham on Thursday so we have four days to cover the 372miles from Forres to Heysham.

We left Forres at about noon after a short visit to Lidl for iced buns and other essentials of motorhome life and drove south over Dava Moor to Grantown before joining the A9 at Aviemore. It started to rain at Aviemore and got worse and worse as we climbed up to Drumochter Summit. However the weather changed as we came down the slope toward Pitlochry and our planned stop at Killiecrankie. The modern dual carriageway A9 bypasses Killiecrankie and you barely see this dramatic narrow valley as you whizz along the main road. This narrow valley is gorgeous and through here winds the old road and the main railway to Inverness. It was here that the first battle of the first Jacobite campaign was fought when the Jacobites trapped the Hanoverian redcoat forces and defeated them bloodily in 1689. We parked up at the National Trust for Scotland’s visitor centre and had a belated lunch before spending half an hour looking at the displays in the centre. Then we put on our boots for the steep walk down to the River Garry. It is quite a drop down and thus a sharp climb back up! Anyway well worth the effort as the autumn colours are starting to show and there was just enough sunshine to make them glow.

The foaming coffee coloured river at the Soldiers Leap was terrific and reminded us of Randolph’s Leap in the Findhorn a few miles from home although this leap is bigger and the river stronger.
Having had a walk we struggled back up the steep path (we really are not very fit at all and we need many more walks!) . From here it is a short drive to the Wild Camping spot we had selected at The Lin of Tummel. This is another waterfall less than two miles from Killiecrankie in a direct line but 6 miles by road. 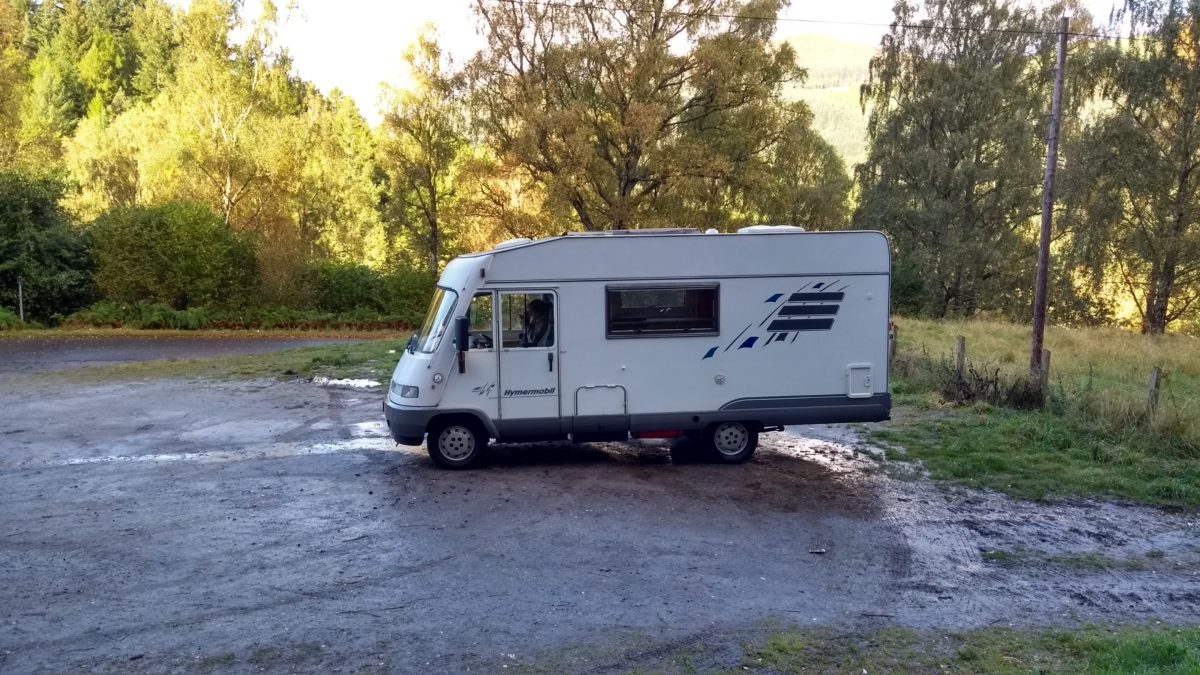 We have the tiny car park all to ourselves although there is probably room for one more van! We found a steep little path down to the falls which we could hear very clearly but could not see through the trees. After a short walk that was almost a scramble we emerged from the trees right beside the falls. There was a lot of water coming down the River Tummel and it all roared over the falls. We had to shout to each other to make ourselves heard above the roar. 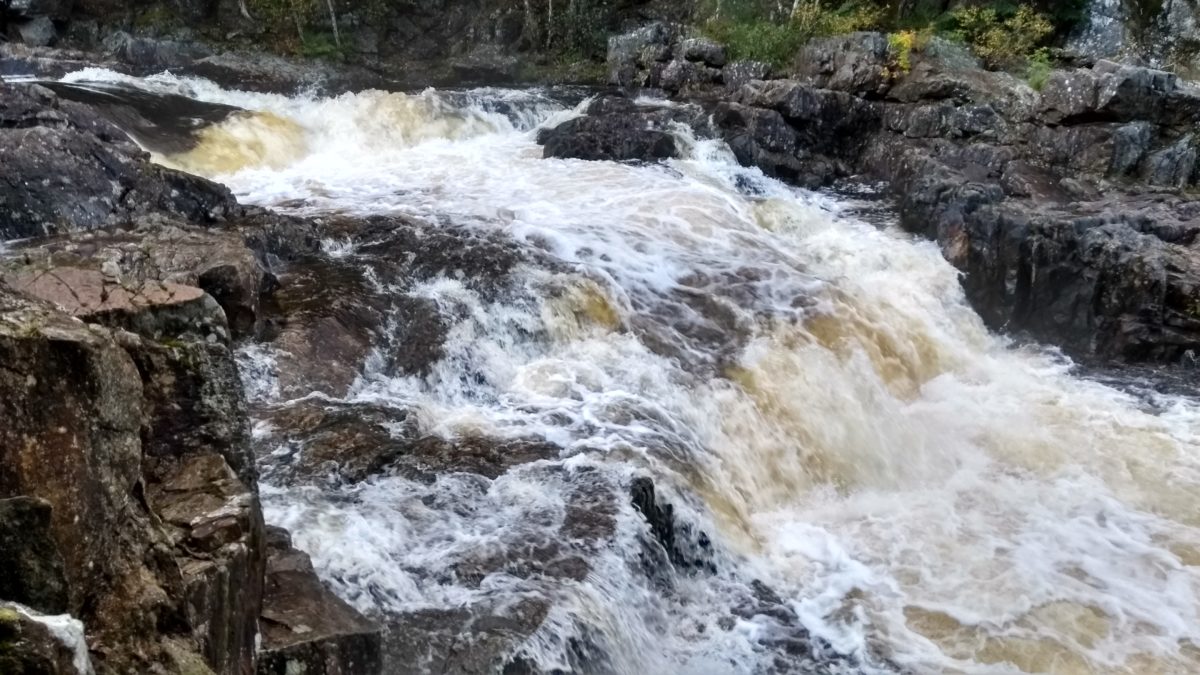 We scrambled back up the path as the light started to fade and we made Bertie ready for the night. The forecast is bad with heavy rain and strong winds tonight so we are pleased to be on firm raised ground and sheltered in a well wooded valley.

South to Killiecrankie and the Lin of Tummel
Tagged on: National Trust    WildCamping