After yet another windy rainy night we woke to cloudy morning but basically dry. After breakfast we went for a little walkabout to check out the facilities. The cafe looks good but is basically a Summer operation with weekends only in October before winter shut down. There is a separate loo block behind but that charges 30p for access although it might be handy for a loo drop if in need. We walked up to the viewpoint and the big statue to James Hogg a local poet and friend of Walter Scott.

The drive on to Moffat past the Grey Mares Tail is lovely but quite slow despite being an A road. Fortunately very little traffic and only a couple of log lorries to cope with. Still grey and rainy.

On to A74M at Moffat as far as Carlisle and then a right turn toward Workington in order to,pick up the road that crosses the Lake District from North to South. Roadworks at Keswick forced a detour around Threlkeld and a narrow B road. The traffic got heavier and heavier as w3 approached Windermere where the crowds were out in force despite the rain and wind!

After Windermere we followed the A road beside the lake toward Newby Bridge. We were in a queue following a rather cautious coach. Yes Bertie was not the cause of the queue but stuck in the queue himself. That is quite unusual!! Anyway all went well but slow until we came up behind a caravan and a wide load on a low loader trying to pass each other. Eventually the lorry driver took over the caravan and reversed it back up the road to a wider section and then ran back and collected his lorry and then inched it past the caravan, the coach, Bertie and the long queue now formed behind us. This whole process made complicated by the immense queue he had behind him and that of course included other quite big vehicles who needed to squeeze past the big vehicles in our queue. Terrific fun was had by all for about 20minutes or so!

We arrived at Stott Park Bobbin Mill at 2:15 and rather later then planned to find that the next guided tour was 2:30 or 3:30. We decided on the first tour and a late lunch. The tour was good with demonstrations of several machines with electric power as there is no live steam today. 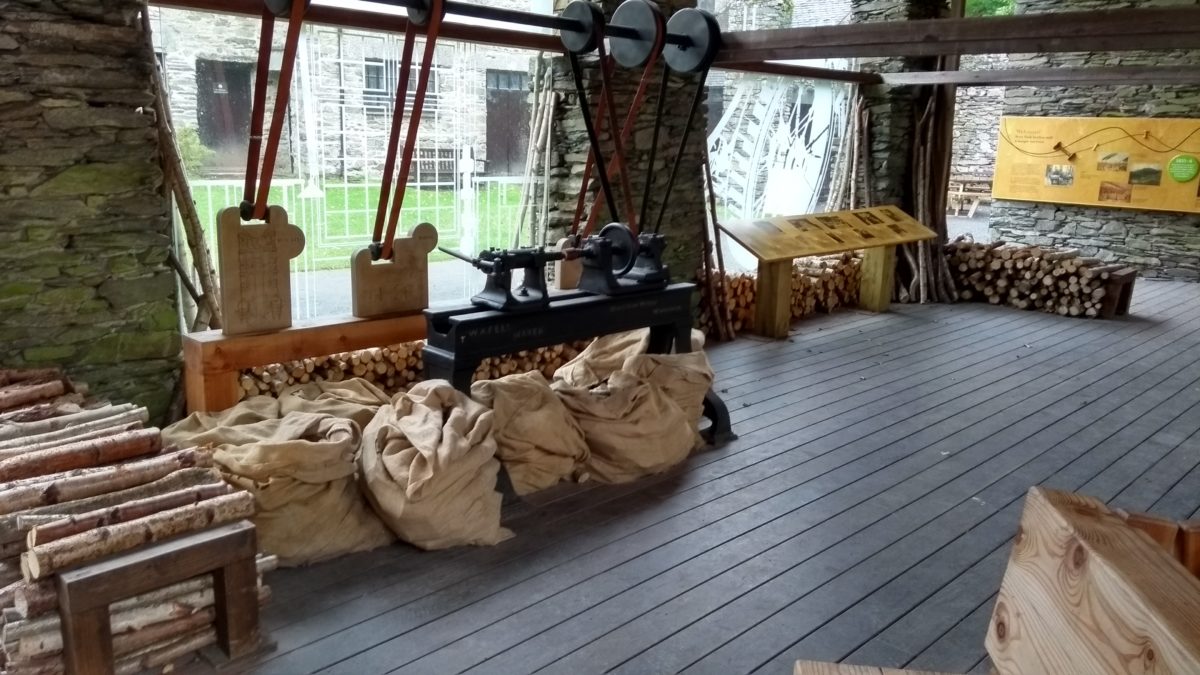 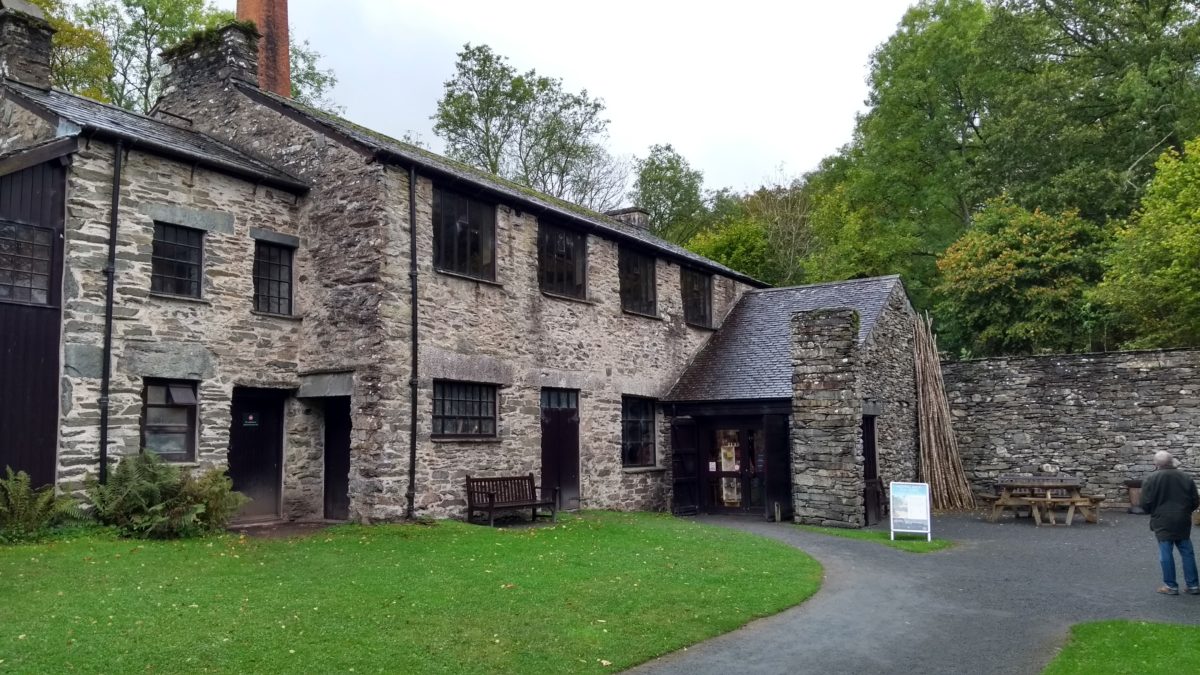 We left the Mill at about 4pm after a quick lunch and headed for our booked campsite near Carnforth about 20 miles away.

We found our site eventually after a short spat with a confused SatNav which firstly took us down a very narrow road not really suitable for Bertie and then took us to the wrong place. A swift intervention from that nice Mr Google and his magic maps soon showed us where we had gone wrong and got us to the farm. No one to be seen. Knocked on the farmhouse door but no reply. Decided to go through the gate marked Caravan Club Members Only and along the very narrow lane to find the caravan field.

The field was fine with hardstandings, hookups, water, loo drop and a gorgeous view. We found a good site close to the services and despite the rain and wind I got on with filling with water and emptying the loo. After four days on the road we are ready for hot showers on Bertie. 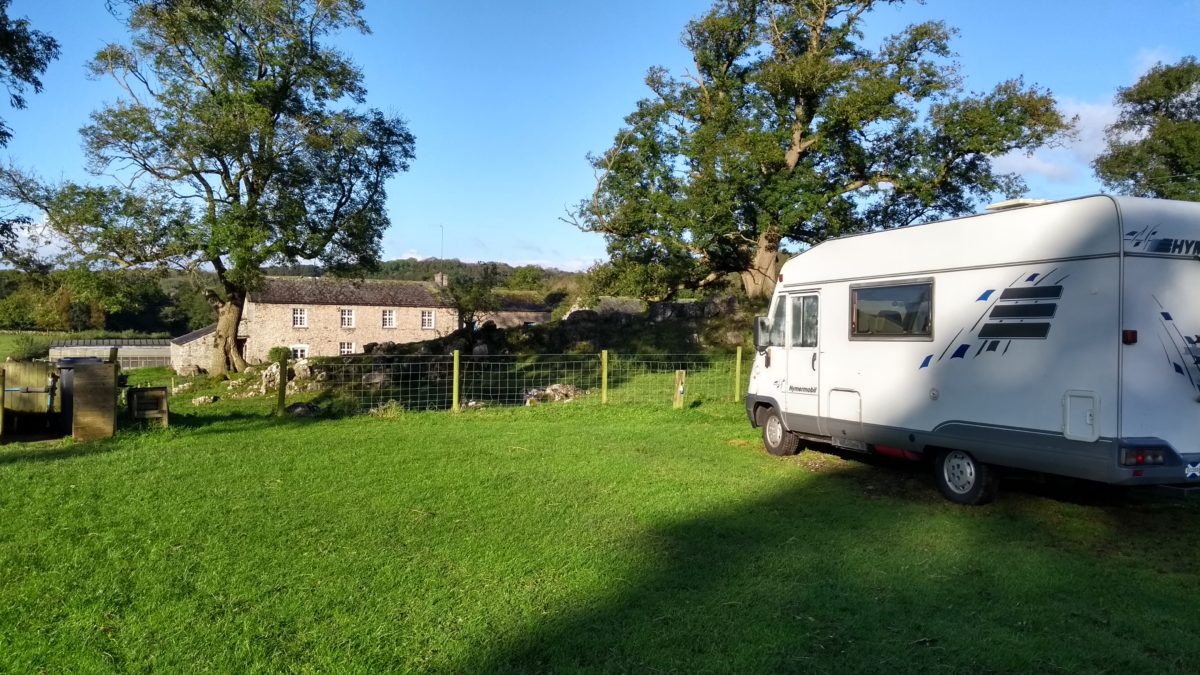 Across Cumbria to see the Bobbin Mill
Tagged on: Cumbria    English Heritage